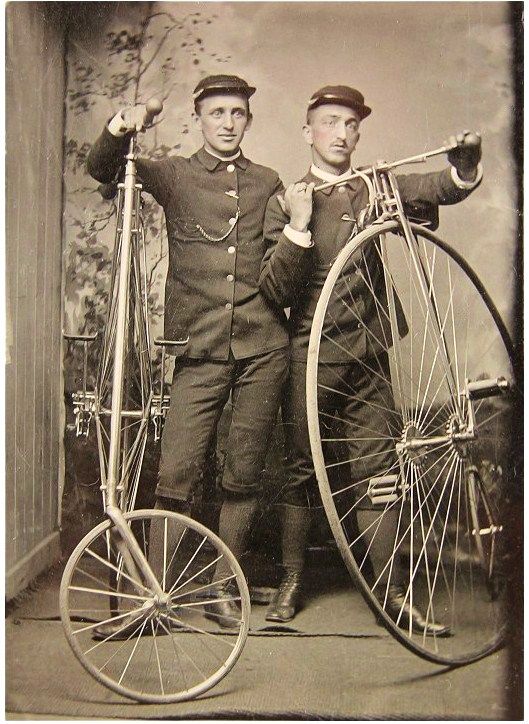 Bicycles are sometimes a point of contention onboard our trains. On one hand some think that we don't allow enough bicycles. Unfortunately, due to heavy crowding there is simply no room at this time to provide enough space for full sized bicycles on most of our trains. If you are adamant that VRE provide more bike space, then consider buying yourself a collapsible bike, because collapsible bikes are permitted on all cars.

Then, on the other hand, some think that we shouldn't allow any bicycles onboard period. However, we are supportive of alternative and environmentally friendly transportation options, as well as the benefits of better health, less pollutants and less congestion that have been touted as people increase bicycle use. For VRE's benefit, the more people who bike to the station, the less congestion on the way to and from the station and more automobile parking for other passengers.

Between the two schools of thought we decided to compromise and allow some bicycles on our least crowded trains. On these particular trains, riders need to keep in mind that half of the priority seating area is reserved for bicycles. If a non-bicyclist chooses to sit in this area, they risk being asked to move to another open seat should this area need to be utilized.

Collapsible bicycles are permitted on all cars, on all trains. These bicycles must be completely folded and safely stored in overhead luggage racks, under seats or in some other place that is not an inconvenience to other passengers.

Full size bicycles will only be allowed on the last three northbound, the mid-day, any reverse-flow, and the last three southbound trains on each line. Specifically, these are trains are:

The coronavirus pandemic has heavily impacted the way area residents work on a daily basis. With continued travel restrictions for many, working from home has become a common practice. For those required to commute to the worksite during the pandemic, Commuter Connections never stopped providing assistance.

Wondering what the social distancing cues look like at VRE stations and on our trains? Take a peek with this interactive tour.

The New VRE Mobile is Coming

We are currently in the final stages of testing the app to be sure it meets your (and our) expectations. The app is nearly ready for launch, so here is what you can expect in the coming months.

Pulling the Public into Transportation Planning: A Top FAMPO Goal

FAMPO carries out its responsibility by creating a forum where members of the public, elected and appointed officials, transit agencies, and transportation professionals come together to discuss concerns, take funding action, and continuously cooperate to improve the region’s transportation system.