At Virginia Railway Express, our goal is to meet and exceed our rider's expectations every single day. That’s why we’re constantly working on new ways to grow and develop our system.

From massive construction projects involving miles of new track, to simple station fixes that can make your ride just a little more comfortable, we’re always on the lookout for opportunities to improve. 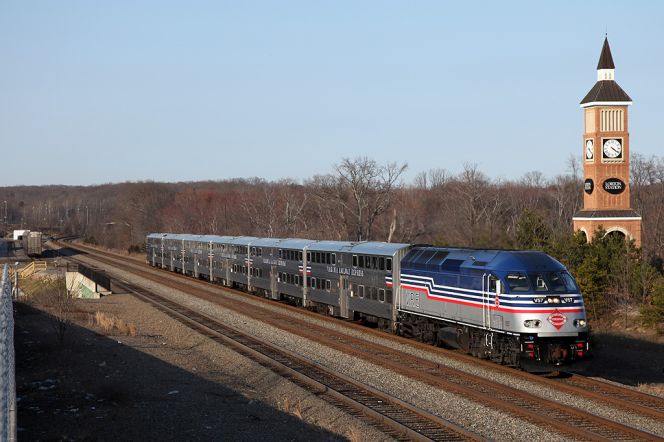 These projects relate to both the construction and expansion of structures which help to improve the reliability of VRE's service.

The purpose of this project is three-fold. First and foremost is removing the at-grade pedestrian crossing. Second, improve the interface between the track and platform in order to eliminate step boxes. Third, improve
boarding capabilities on Track 1.

This project will lengthen the existing platform to better accommodate up to 8-car train consists.

This project will lengthen the existing platforms to better accommodate up to 8-car train consists.

We're converting existing side tracks both north and south of L’Enfant Station so that they can be used to temporarily store trains during the middle of the day.

This project will extend the existing platform to better accommodate 8-car train consists.

The purpose of this project is to provide additional railroad capacity across the Potomac River.

The improvements completed in 2017 are deemed adequate to accommodate VRE trains and the planned third track. Future work at the station will include a second platform and pedestrian overpass to accommodate
construction of the fourth track by DRPT.

Expansion of Parking at the Manassas Park station. Addition of a parking garage.

This new VRE station will be a key component of Potomac Shores’ emerging town center.

This project is for the design and construction of a platform extension at Rippon Station with pedestrian overpass to accommodate full-length trains.

Status update of VRE facilities projects as reported in the VRE CEO Report.

The plan provides a framework for VRE system investments and actions VRE should pursue through 2040 to best meet regional travel needs. The system investments and service expansion recommended in the System Plan will enable VRE to carry over 40,000 new weekday trips by 2040, more than double the 19,000 daily trips carried today.

We now have an upgrade underway which will effectively replace every major component in the system, leaving just the stainless steel cabinets from the original system.